The Story of HustlaBall & History of HB Berlin

HustlaBall is an Event concept by Jeffrey Davids and  saw its beginnings in New York City’s legendary hustler club Stella’s (March 1998).
For its second installment, Jeffrey Davids teamed up with the notorious PORK Boys. In 1999 HustlerBall transformed The Lure (New York’s premier leather bar) into a showcase for the underground Lifestyle.

In 2000 Hustlaball moved into Club Townsend (Pleasuredome, Club Universe) in San Francisco and Club Circuit in Chicago and drew record crowds. HB brought together a variety of gigs and also an amazingly diverse group of guests from all walks of life.

Hustlaball 2001 returned to NYC’s “Lure” just a couple of months after September 11th and we decided to go ahead and make it a Benefit for Fire Engine Company “Ladder 3” that was in our office neighborhood. In December we were able to hand a $5,000 check to Ladder 3 who 12 of 25 men.
Shortly before this event Hustler Magazine’s Larry Flynt forced us before a law suit to change the event name from HustlERball to HustlAball.

2002 Hustlaball tried out Los Angeles at Factory in West Hollywood. One of our special guests was Christopher Ciccone, Madonna’s brother who enjoyed the party for hours.

After another event at New York’s SBNY and Eagle, Hustlaball went overseas to Europe and produced a most extravagant event in Berlin, Germany. Hustlaball Berlin 2003 took place at the same time with Venus Berlin, Europe’s largest adult entertainment expo. The expo embraced Hustlaball quickly as one of their main gay happenings.

HB Berlin 2003 became an instant hit for gay nightlife in Europe like no other event before and demands to make this an annual happening were heard all over the city.

For this first installation of Hustlaball Berlin, Jeffrey Davids teamed up with Berlin’s Sascha Mueller-Bardone and put together a successful concept that seemed to have been missing in Berlin at that time.

With DJ’s from around the world on different levels throughout the venue, legendary Kit Kat Club from Cabaret fame came out perfect as the host to an extravagant crowd of Hustlaball.

Now with own host hotel, shuttles, in between venues, VIP areas and parties, pre and after events all over the city, own merchandise, and other amenities, Hustlaball had become a true circuit party attracting fans from around the globe and  a year later it was already called ‘the party of the year’.
Hustlaball Berlin 2004 doubled in space and crowd and expectations were topped by the organizers surprises.

In January of 2005 Hustlaball returned to the States and joined the world’s largest adult internet and entertainment epos produced by AVN (adult video news).
They take place in Las Vegas the first week of January and Hustlaball Las Vegas 2005 quickly chose one of best locations, right at the Strip or Las Vegas Boulevard at the new super club Krave.

With highlights from Chi Chi La Rue and Expose’ singer Gioia Bruno, Hustlaball finally became yet another household name in the second largest entertainment city of the world. Anything that happens in Vegas stays in Vegas, or that is at least what people say about ‘Sin City’.
The real sins though were only brought on stage by Hustlaball and it quickly got word that is was an instant hit.

The HustlaBall Berlin is now a own-stading and biggest Party of the HustlBall Worldwide, the promoter is still Sascha Mueller-Bardone who loves to welcome people from all over the world every year. 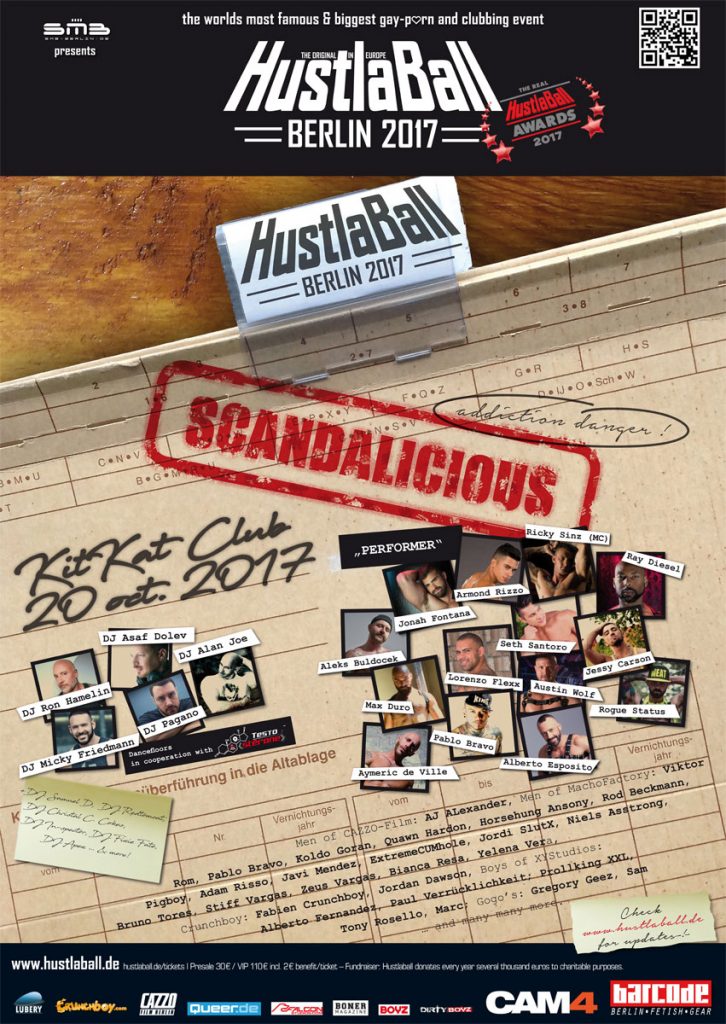 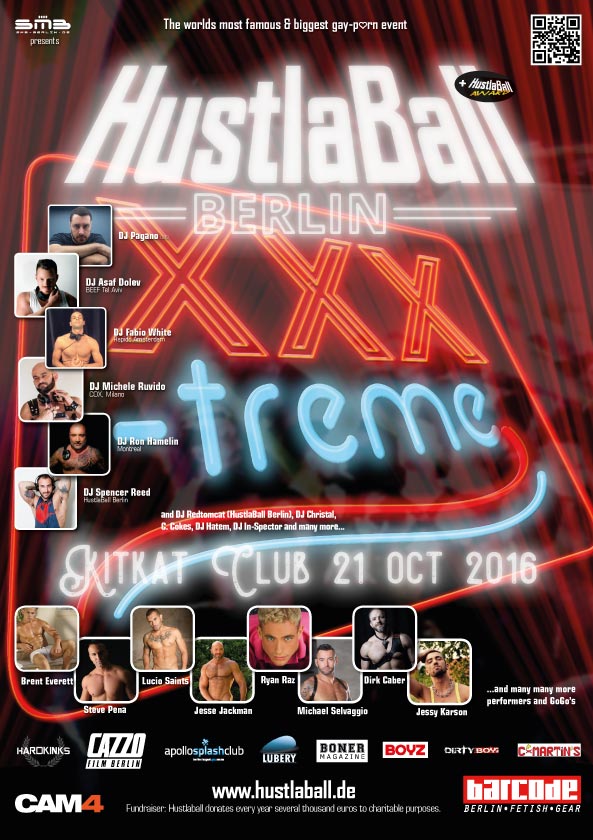 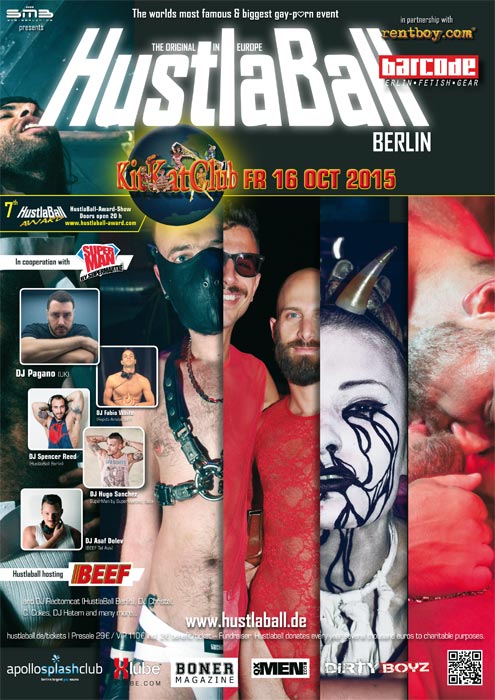 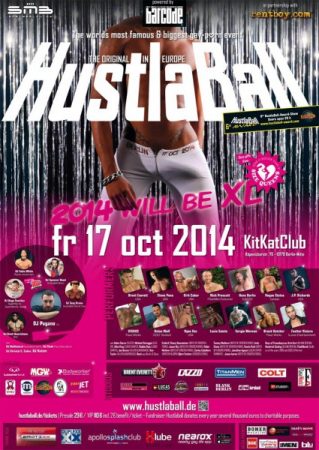 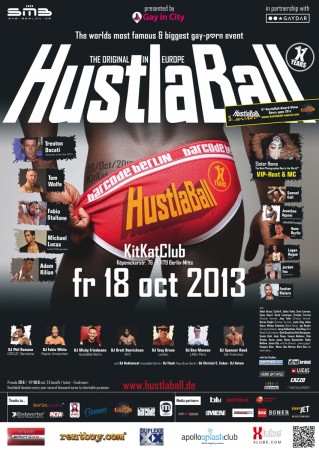 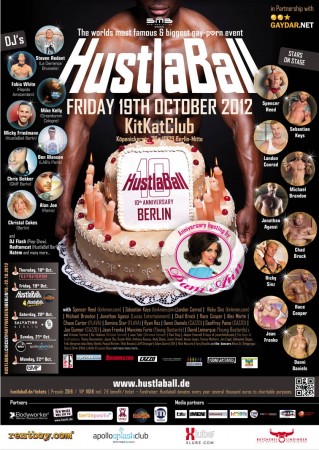 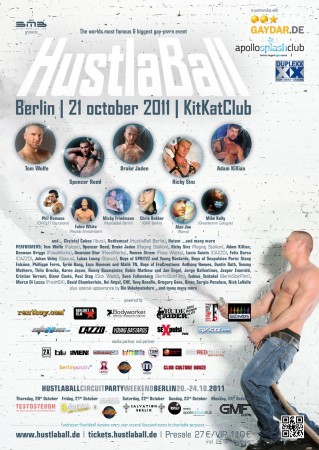 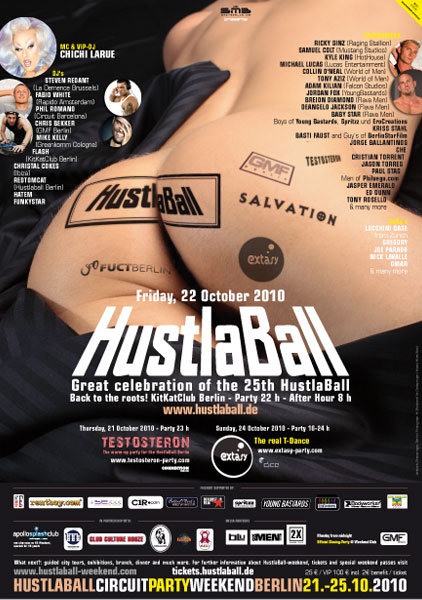 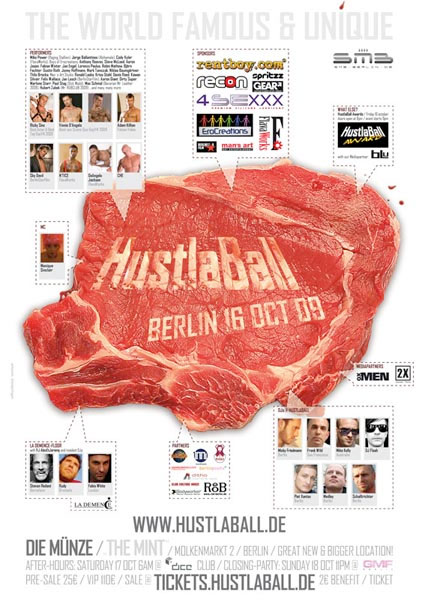 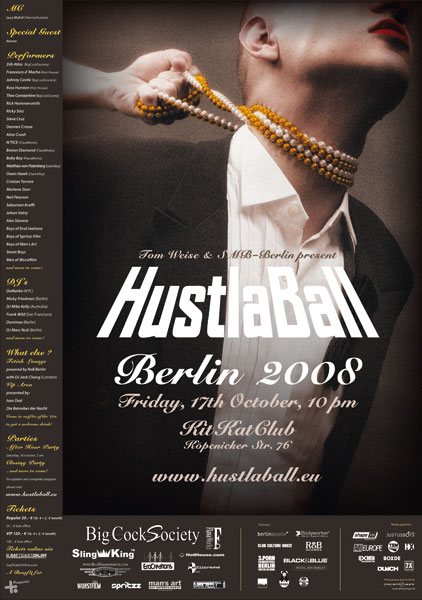 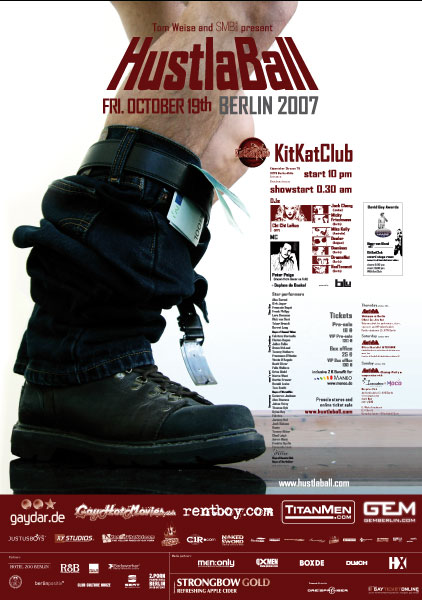 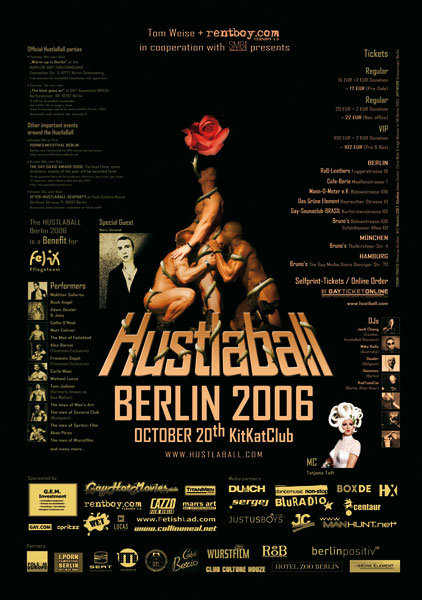 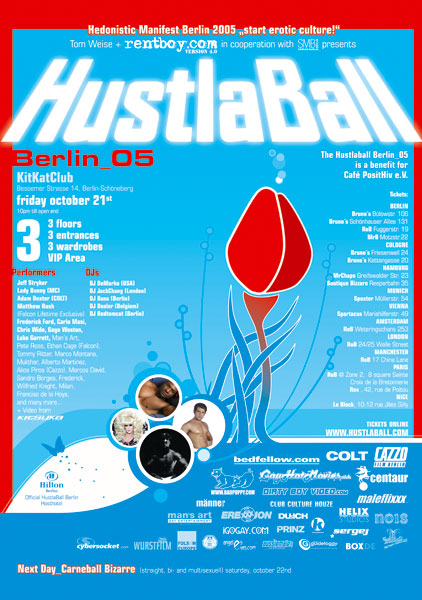 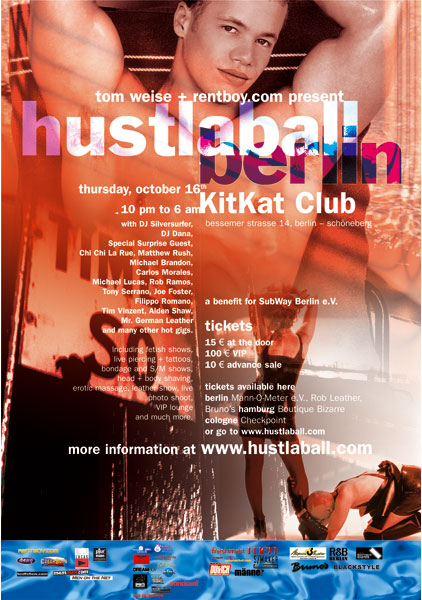 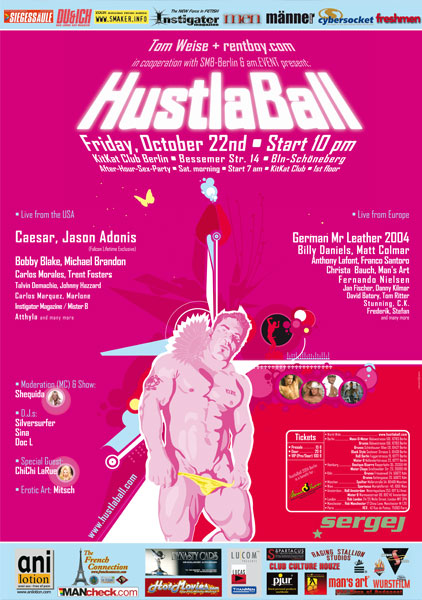